Did you know maternal air pollution exposure has been linked to potential fetal development of autism and ADHD? We spoke to Dr. Friedman Hagit, researcher in neuroscience at Haifa University, who shared her expertise and knowledge with us.

Please tell us more about your experience & research in this field

Towards the accomplishment of my PhD, I realized that I wanted to work with people rather than microscopes and neuronal cell cultures. I wanted to see the humans that are behind the 'synaptic proteins' we tracked in my PhD project. As a result, I decided to focus my research efforts on developing tools for early detection and early intervention.

Specifically, for the early detection of developmental problems, we developed an algorithm to analyze early baby vocal and motor functions. For early intervention, we developed a clinical approach named 'Infant Neuro Aquatics', and we currently develop 3LT protocols for babies and toddlers. Altogether my work focuses on early brain development, specifically – the development of brain white matter.

Can you tell us more about the links that have been found between ASD, early brain development & air pollution exposure?

Prenatal exposure to particulate matter solid fuels and traffic related air pollutants has been identified as a risk factor for ASD. For example, research by Kalkbrenner et al., found in 2015 found there was an increased susceptibility in the third trimester of prenatal development, due to air pollution exposure. In other words - ambient air factors such as small-scale air pollutants, taken alone or combined with other internal vulnerabilities (i.e., lower, enzymatically based, removal ability of harmful pollution remnants from infant's body), may put embryos and babies at risk.

Could you explain a little more how air pollution exposure impacts brain development in this context?

The above findings agree with our recent general neurological understanding about early brain development - the infant’s brain develops rapidly during prenatal and early postnatal period:

Research show that ADHD is characterized by a delay in cortical maturation and brain gray matter volume abnormalities.

There is a large amount of literature documenting the association between ADHD and a wide variety of recognized environmental risks. These include: inhaled organic phosphates or pyrethroids (used as pesticides), and industrial air pollutants. The latter are associated with lower oxygen concentration in inhaled air and with an increased prevalence for asthma, characterized by airway contraction and an increased risk of lower oxygen ventilation. This may reduce neural growth factor efficiency, causing neuro-developmental damage, manifested in the behavioral characteristics of ADHD.

Is future research in this area likely to be made a priority? Do you know of further areas of study that are already planned?

We hope that the extensive database connecting air pollution and neural health and development will push forward research for the sake of future generations. We can not stop industry or modern transportation, but we must find and employ the ways to minimize environmental intoxication.

Further areas of study that are already planned include 3LT therapy which elevate mitochondrial energy production also in brain circuits, to better cope with ambient toxicity.

In light of these findings, do you have any advice for the public? Would you recommend pregnant women pay attention to their air pollution exposure?

The molecular mechanism of toxic stress on neural growth factors, which connects ambient air pollution and brain damage, could manifest in various pathologies depending on age / developmental stage, and specific sensitivities and vulnerabilities. For example, recent exposure to high rates of fine particulate air pollution (PM2.5) is also correlated with an increased risk for clinical symptoms of anxiety or depression or even dementia, due to stress of neural growth factors leading to reduced neurogenesis and synaptogenesis.

As ignoring the vicious cycle of air pollution and neural pathologies could put future generations at risk of developmental and degenerative brain pathologies, these findings are important to take notice of.

Dr Hagit Friedman Is a specialist in brain development. Her research projects focus on early diagnosis, intervention and rehabilitation in neural complex conditions: She develops tools for early assessment of developmental impairments (EJP 2016, ICSEE 2016, Neuroplasticity 2018) and tools for early intervention in neural injuries (JNS 2015, Scientia 2015, TNSRE 2015, Harefua 2017; Neurodevelopment and Neurodevelopmental Disease 2019); devoting her knowledge and career to the advancement of neural outcome of infants and adults with neurological insults. 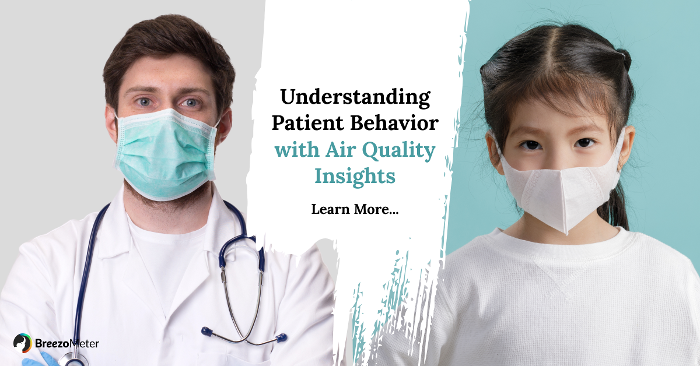 How to Keep Patients Engaged with Environmental Insights

How to Enhance Clinical Research with Environmental Data