The ongoing eruptions from the Cumbre Vieja volcano in La Palma, Canary Islands continue to have a negative impact on the air quality in the region.

La Palma’s first volcanic eruption of the past 50 years, which began on September 19th with no predicted end date in sight, has released massive amounts of molten lava and initiated the evacuation of over 7000 residents as liquid magma flowed through the island and towards the ocean.

The eruption has created massive clouds of ash pollution (PM10) and PM2.5. By early October, the volcano had also spewed forth an estimated 250,000 tons of SO₂ (sulfur dioxide). Due to high levels of air pollution, La Palma officials were forced to close down the island’s airport and restrict travel.

(For those interested, this type of volcano-related disturbance to air travel also occurred a decade ago, when an ash cloud from the Eyjafjallajokull volcano in Iceland forced most of northern Europe's airspace to shut down).

BreezoMeter’s Wildfire Tracker was designed more to visualize the perimeters of forest fires rather than moving lava from volcanoes, nevertheless, we have been able to visualize the heat impact alongside the drop in air quality: 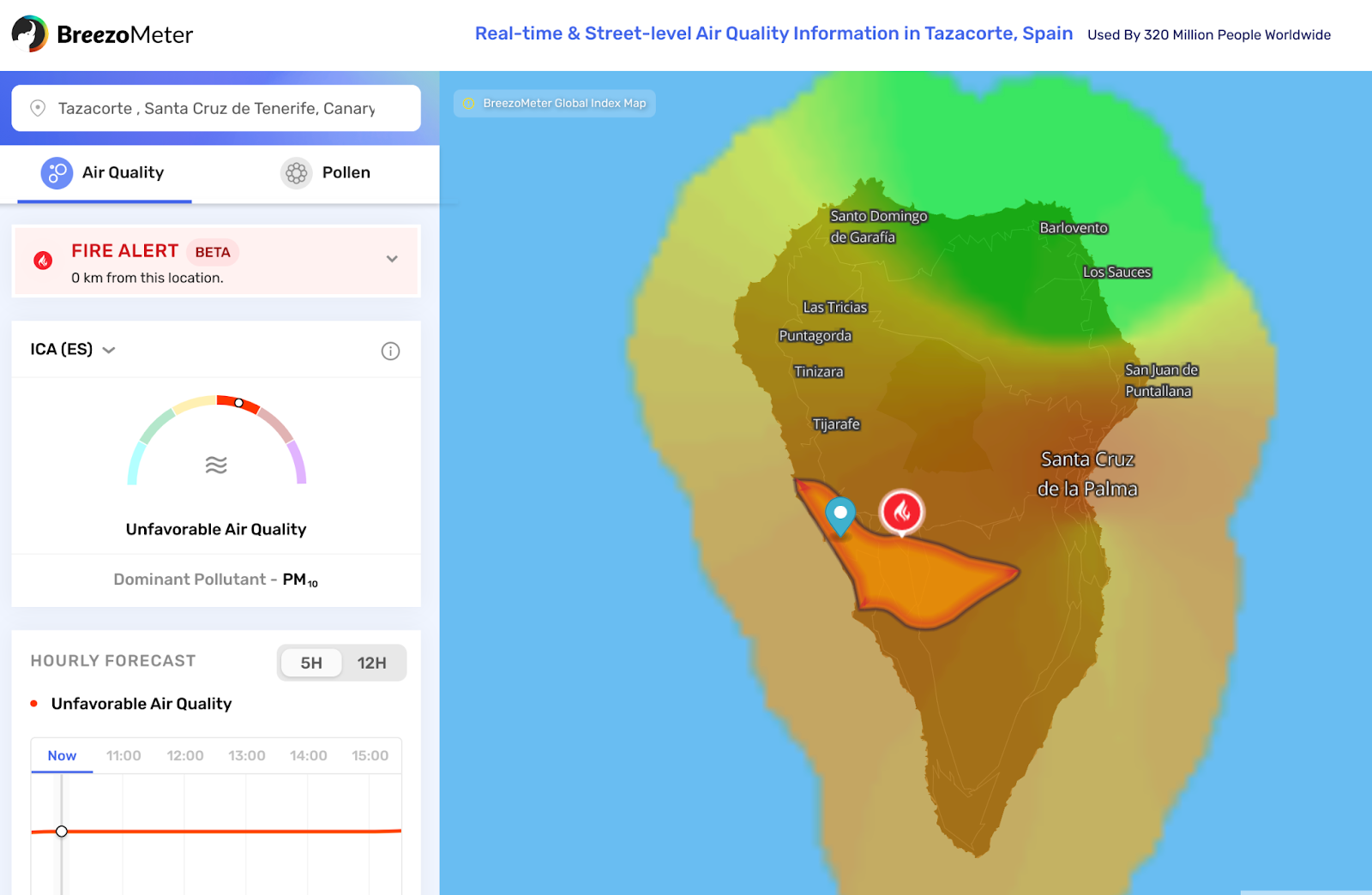 Have You Ever Heard of ‘Laze’?

When volcanic liquid, lava, erupts from the earth and flows down into the drastically colder ocean seawater, it creates a chemical reaction that produces an explosion of steam, sending bright white toxic plume clouds into the air.

These white plumes are Laze, or ‘lava haze’, and they contain a mixture of condensed seawater steam, hydrochloric acid gas, and tiny shards of volcanic glass. These extremely acidic plumes can be blown downwind, and as such, their toxic effects can reach far beyond their originating points.

The ongoing La Palma volcano eruption highlights both the importance of delivering timely information to those in a danger zone and how the impact of 1 event can spread far and wide.

During - and even after - extreme environmental events such as wildfires and volcanic eruptions, toxic smoke and fumes can reach far beyond the original site of the event.