Leading up to the start of the 2018 Winter Olympic games in Pyeongchang, officials have taken note of the problematic air pollution levels, and have even taken some last minute measures to try to curb the problem, such as encouraging the use of public transportation by making it free or use. What does all of this mean for the athletes and spectators?

Air quality in South Korea is dynamic and everchanging, as it is around the world, and it is affected by many factors, including traffic, weather patterns, industrial activities, smog and even air pollution from other countries, and more. In order to fully understand the implications of air pollution in a given place, it’s important to have data that is location-specific and real-time.

Vehicular monitoring stations have been deployed throughout the venues of the Olympic Games, whose data can be viewed online. The effort is commendable, but without knowing the kind of sensors they are using in these mobile stations, it is hard to know the accuracy of the data they are reporting. For example, if the sensors being used fall into the low-cost type of sensors, it is important to understand the associated drawbacks. For instance, while this data can certainly help bring awareness of to air pollution in small, specific areas, they can’t necessarily accurately identify different types of pollutants and their various levels. Also, air pollution can be different from street to street, so if you’re not standing next to the mobile station itself, it’s not necessarily showing you what you’re breathing, if you’re even just a few streets away.

Check out the air pollution map to see how the air quality levels have modulated since the start of the 2018 Winter Olympics in Pyeongchang, South Korea. The heat map is color-coded to make the data more intuitive – green areas represent higher air quality, while red areas have higher levels of pollution.

How’s the air quality where you are? Check our live map.

The presence of this particulate matter can cause irritation of the eyes, nose, mouth, and throat, but can also exacerbate respiratory and cardiovascular issues in sensitive populations. With the Olympic Games being a large scale sporting event, it is important to note that people breathe significantly more air while exercising, so outdoor exercise significantly increases exposure to air pollution. You have likely experienced it yourself – during physical exertion, you breathe faster and harder. If during regular conditions healthy young adults breathe 35 to 45 times a minute, some elite endurance athletes breathe as many as 60 to 70 times a minute, greatly increasing the amount of air pollution they are exposed to, should it be present in the environment.

Why is South Korea Struggling with Air Pollution?

Poor air quality in Seoul and South Korea in general is thought to be a result of the country’s use of coal and diesel, compounded by smog from nearby China and dust storms.

The South Korean government is taking measures to mitigate air pollution levels and started prior to the games, which is important in order to have the best effects. For example, they have mandated that a major coal power plant near the Olympic venues reduce operations to half. Additionally, there are limitations to car use and parking lots have been closed. Construction work has been reduced.

Learn more about integrating air pollution data or an air quality heatmap into your product or technology, and keep your users breathing healthier. 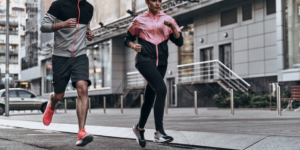 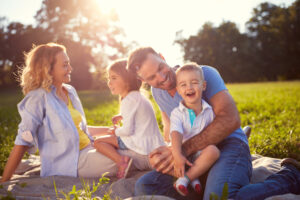 The Devil We Know: How Understanding Air Pollution Helps People Get Outside and Breathe Easy 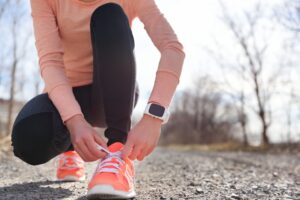