The main method of airborne pollen distribution  is the wind, so the weather definitely plays a big role in how high the pollen count will be on a particular day. Made up of incredibly small and light particles, dry and windy weather provides the ideal conditions for pollen to spread and travel long distances.

This is part of what makes pollen so hard to monitor; it can encroach on a lovely warm day and cause allergy attacks even if there’s no pollen-producing plant in sight. (There are several tree pollen types that are known to travel for hundreds to thousands of kilometers).

The role of the wind is also why people with allergic asthma may sometimes find that dry air, even on cold days, can make their symptoms worse.

If pollen thrives in dry weather, it stands to reason that rain could neutralize it — but that’s not always entirely the case. While the popular idea that rain is good for keeping pollen count levels down isn’t entirely wrong, it doesn’t paint the full picture, either.

Light and steady rain showers help to keep pollen down, preventing the particles from flying through the air. The humidity that follows is also helpful in keeping pollen close to the ground.

However, sometimes, especially during a sudden and heavy downpour, rain functions to break up pollen into even smaller particles through a process called “osmotic shock.” This phenomena is particularly evident when it comes to grass and weed pollen; the tiny fragments of pollen grain can then be transported even further distances and penetrate deeper into the lungs, contributing to symptoms felt by sufferers.

Individual Plants Have their Own Plan

Pollen levels are mainly affected by the plant species in a particular area. Allergenic pollen is produced by a number of different types of trees, weeds and grass, all of which pollinate at different times of year.

The precise timing of when a specific plant starts to produce pollen depends on the climatic conditions at the location of the plant, and varies from one year to the next. Other factors — like plant density or the spread of invasive plants  — can also affect the concentration and make-up of pollen in a specific location at any given moment.

An increasing number of studies reveal a clear association between human-induced climate change and allergy season. Most recently, a 2021 study published in PNAS, the Proceedings of National Academy of Sciences looked back at approximately three decades in North America, and found that the pollen concentrations have increased by about 21% during this period.

The research states these changes in pollen allergy season are in part driven by elevated temperatures and CO2 concentrations, both of which have been found to increase pollen production in greenhouse and other experimental studies. The largest and most consistent increases were observed in Texas and the midwestern United States.

Research into public health-related climate impacts is becoming an increasingly urgent area for exploration, as individuals and healthcare systems start to feel the impact.

In this article, Dr. Anjeni Keswani, the Director of the Allergy and Sinus Center at The George Washington Medical Faculty Associates, describes how she’s seen a shift in ragweed pollen symptoms in her patients, as symptoms start earlier in the year and last longer.

As allergy seasons lengthen, so too does the economic burden as  the number of individuals experiencing allergy symptoms at any one time increases. The current cost for managing allergic rhinitis is estimated to be around $3.4 billion – most of which goes to prescription medication.

In the same way our global weather trends are becoming more unpredictable as a result of climate change, so too are pollen season start and end dates. Traditionally, prior year patterns formed the basis for predicting when a patient might start to feel symptoms, but today’s climate change-caused variations makes this increasingly harder to do. The number of years with extremely high amounts of pollen counts seem to increase while the year-to-year variability remains high.

This is understandable as pollen providers relying on purely time-based and manual methods of reporting now frequently miss the beginning of pollen seasons at local levels. We saw this recently as tree pollen levels began to increase across the Northern Hemisphere, which many providers failed to pick up in Europe.

As the rippling effects of climate change continue to be felt, especially in the case of pollen allergy, it is no longer enough to rely on single sources of information or crude extrapolations based on past data. 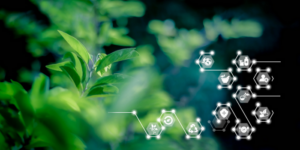 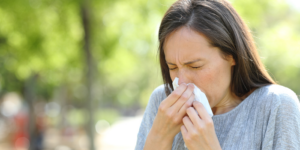 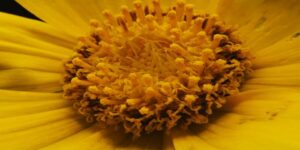 What is Pollen? It’s Time to Talk about the Birds & the Bees!