There’s a new mantra in the scientific community . . . one that has forced many brands to sit up and take notice: Skin integrity is compromised by the pollutants in the air.

Following increased public awareness, the adoption of ‘anti-pollution’ products, such as indoor air purifiers & pollution masks, has been on the rise for years. The skincare industry missed this early train, but is now catching up its late start. Soon, we expect pollution protection products to become as essential and widespread as sun-protection creams & lotions.

“Car exhaust, smog, that smoker walking in front of you on the sidewalk:” says Vichy Laboratories, “pollution is everywhere and in big cities, it’s nearly inescapable.”

Atmospheric pollution is now a hot topic in the world of skin care, due to growing scientific validity. Scientific discoveries are now driving the world’s biggest cosmetics companies to search for solutions, including medicine-like compounds that directly block the biological damage. Although human skin acts as a biological shield against pro-oxidative chemicals and physical air pollutants, says a PubMed article, “. . . prolonged or repetitive exposure to high levels of these pollutants may have profound negative effects on the skin.”

Adding to the mix is Katerina Steventon, speaking at the 2016 Royal College of Physicians Anti-aging conference, who claims that anti-pollution skin care is beyond a trend. The event focused heavily on environmental pollution and oxidative stress in skin.

Let’s investigate some of the pollutants that affect our skin.

PAHs are a group of more than 100 different chemicals that are released from the incomplete burning of coal, oil, gasoline, trash, tobacco, wood, or other organic substances such as charcoal-broiled meat. Particle-bound PAHs are considered very hazardous to human health, and also lead to skin irritation and inflammation (CDC & NIH).

VOCs, emitted by a wide range of products, are organic compounds (containing one or more carbon atoms) that have high vapor pressures and therefore evaporate readily to the atmosphere, says Environment Canada. In addition to possible short and long-term health effects, VOCs can cause allergic skin reactions. They are also the primary precursors to the formation of ground level ozone and particulate matter, two other types of pollutants with health & skin impact.

“Good up high. Bad nearby,” says OzoneAware. “Unlike the good, protective ozone layer in the stratosphere, ground level ozone is a harmful air pollutant that affects all of us.“

Nitrogen dioxide is a gaseous air pollutant produced as a result of road traffic and other fossil fuel combustion processes. Its presence contributes to the formation of other air pollutants, such as ozone and particulate matter, and to acid rain.

“Particulate matter contains microscopic solids or liquid droplets that are so small that they can be inhaled and cause serious health problems,” according to the EPA. A 2014 dermatology study by Dr. Liu has shown a correlation between PM and skin diseases. Additional clinical studies have focused on the link between skin aging (wrinkles, pigmented spots) and Particulate Matter.

No longer is breathing the only way into the body for the harmful chemicals in tobacco smoke. A new study shows that nicotine, a toxic chemical, can pass through skin and into the blood from the air or from smoky clothes. According to the CDC, tobacco smoke contains more than 7,000 chemicals, including hundreds that are toxic, and about 70 that can cause cancer. Esthetician Renee Rouleau considers that secondhand smoke is actually more dangerous than firsthand: “Shocking, but true . . . . the levels of nicotine, tar, nitric oxide and carbon monoxide are at least twice as high in secondhand smoke.”

While many people can develop skin blotches from spending too much time in the sun, research suggests smokers are more affected, states Web MD in an expansive Before/After slideshow. The article includes warning comments by dermatologist Jonette Keri, MD, of the University of Miami Miller School of Medicine, including this: “Smoking changes the skin, teeth, and hair in ways that can add years to your looks. It also affects everything from your fertility to the strength of your heart, lungs, and bones.”

Similarly to sun damage protection (sunscreen, clothing, limited exposure), a comprehensive approach is needed to limit the effects of pollution on the skin. In addition to active skincare components that protect and restore the skin before, during and after exposure to pollution, avoiding pollution peaks thanks to real-time alerts, finding pollution-free itineraries and places with air pollution maps, and knowing which pollutant we’re exposed to for targeted treatments, all play a part in healthy skin rituals. Useful air quality information, deployed the right way, can make the difference between a good product and a best seller, between a trend and a lasting habit, between a satisfied customer and a delighted evangelist.

Dermalogica’s brilliant website, SkinPollution.com, demonstrates the potential for a solution combining product and technology, solution and education. It offers an up-to-the-minute Skin Pollution Index for many cities in the U.S., and promotes Dermalogica’s pollution-defense product. Launched a few months ago, the website has been acclaimed by customers, skin therapists and the press. 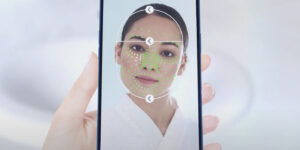 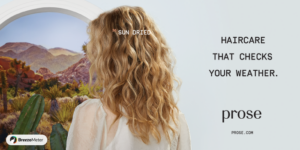 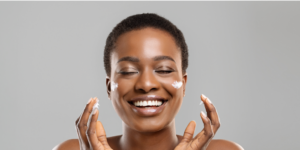