Although fire tornados are not a new phenomenon, we’ve been seeing them more frequently the last few years. Is climate change making ‘firenados’ more likely? Can climate resilience technology help businesses protect people and property from such devastating wildfire events? We answer these questions and more below.

What is a Firenado?

Surreal as it may seem, a firenado or “fire tornado” is a very real and very dangerous phenomenon, also known as a fire twister or a whirl. They look exactly like you might imagine – a whirling vortex of flames and smoke towering into the sky like a tornado.

How Do Firenados Come About?

This environmental spectacle occurs when a large region of extremely hot air, created by a wildfire interacts with cooler air higher up in the atmosphere. The combination of updrafts and downdrafts leads to atmospheric instability similar to the one that creates other whirling air phenomena like ‘dust devils’. Only in this case, it’s on fire. While ‘fire whirls’ typically dissipate within a few minutes, more rare fire tornadoes can draw heat upwards and interact with moisture in the atmosphere, leading to the formation of ‘pyrocumulonimbus’ storms and the release of smoke into the stratosphere!

Much like big volcanic eruptions, the smoke from fire tornadoes can block radiation from the Sun and potentially cause temporary climatic cooling. On the ground, these burning tornadoes can hurl flames and burning debris skyward for hundreds of feet at wind speeds greater than 140 mph, creating a major fire expansion hazard.

Where Are Firenados Mostly Located?

Fire tornadoes form over a wildfire, and although they consist of very strong winds, most fire whirls are relatively small and typically occur over unpopulated burning areas, usually on the edges of forest fires.

When these fire vortices form over populated areas, the results can be devastating: During Japan’s Great Kanto Earthquake in 1923, over 100 runaway fires overtook the city in the earthquake’s aftermath, causing a 300-foot-tall firenado to slam into a crowd of 44,000 gathered at an empty patch of ground near the river. Only 300 survived. Due to earthquake damage, fire services faced major challenges in battling the inferno. The firenado, along with multiple additional fires, burned 45% of Tokyo before being contained.

Regions suffering from prolonged droughts and heatwaves, which have been exacerbated by climate change, are more likely to see extreme fire weather conditions. For example, California’s extreme fire weather days frequency in the autumn more than doubled since the early 1980s. Fire suppression techniques in the West have led to build-up of fire fuel, which has also contributed to an increase in the number of fires recently. These factors may explain why more fire tornadoes have been recorded in the region in recent years. Other wildfire-prone parts of the world like Australia and New Zealand may also see an uptick in fire tornadoes in the future.

While we may not be used to seeing these fire tornadoes that often, this is not a new phenomenon, and the prevalence of smartphones has certainly made it easier to capture firenados on camera.

In recent years, fire tornadoes have been recorded in Southwestern areas of the US like Arizona, California, Colorado, New Mexico, and more. In fact, in 2020, the National Weather Service issued its first-ever ‘fire tornado’ warning due to one of at least 5 firenados recorded in California that year.

Advancements in climate tech, such as leveraging satellite and radar information, enhance our ability to identify terrain, meteorological and vortex conditions with the potential to contribute to firenado development. This enables early warning systems to alert population centers in the potential pathway of dangerous fire whirls ahead of time.

What Are the Potential Impacts Of A Firenado?

Just like any wildfire, tornadoes with burning flames can cause major damage to land, property, and people. The bigger and wilder they become, the worse the impact.

The potential for damage from a fire whirl tornado is made exponentially worse due to the fact that the violent winds involved can fling burning debris far and wide, potentially lighting new fires in the process. This means firenados can make wildfires spread faster across woodland areas, and cause more damage over populated lands.

Pollution from wildfire smoke seems to have a bigger health impact than equivalent particles from other sources: Researchers found a daily 10 μg m−3 increase in wildfire-specific PM2.5 led to as much as a 10% increase in respiratory hospitalizations, compared to a 0.67-1.3% increase associated with non-wildfire PM2.5 pollution.

While wildfire smoke presents a health risk to everyone, children, the elderly, asthma patients, and people suffering from other chronic respiratory and heart diseases are especially vulnerable and require more protection from wildfire pollution.

Because fire whirl tornadoes often occur in remote areas, it was more difficult to document them in the past. And while experts are now able to safely simulate real fire tornadoes in a special lab chamber, in the real world, controlling such a blaze is tremendously difficult. “Everything the fire does as far as spread, as soon as a fire breaks out, is reliant on what the weather’s doing around it,” said National Weather Service Meteorologist Julie Malingowsski.

A Famous Firenado Story You May Have Heard About

In June 2021, during the Northern California Tennant Fire that burned over 10,000 acres of land, a terrifying video captured by firefighters went viral. The video, which was posted on Facebook, shows the grand scale of a massive firenado, swirling with red glowing smoke as it looms closer to fire teams and heavy machinery working to cut off the extreme event.

Are Firenados Increasing Due To Climate Change?

Increasingly common heat waves can cause droughts, presenting fires with more fuel to burn and making it easier for them to start. So while climate change may not directly make firenados more common and stronger, it’s plausible that it can create the conditions to facilitate fire tornadoes.

By understanding what causes wildfires to start and spread, we can predict extreme heat events, enabling individuals and organizations to better prepare for wildfires and firenados before they ignite or while they are in the early stages.

Live wildfire monitoring has become imperative both for the safety of people and property, and to prevent disruption to supply and escape routes. By leveraging new forms of wildfire tracking technology, businesses can save lives and manage the impact of wildfire and firenados with visualized fire perimeter maps, real-time alerts, and more.

In addition to tracking live fires and studying their historic impact, it’s important also to monitor wildfire pollution, which poses a major health risk to all of us, but especially to vulnerable populations. While smoke itself is visible, this doesn’t mean we can always see the extent of the air pollution created by wildfires.

With live air quality heatmaps, BreezoMeter translates environmental data into clear localized risk indicators, enabling companies and health providers to represent the full environmental impact when it matters most. The end result of this is empowered users and businesses, as individuals benefit from personalized, tailored recommendations for their location and current situation e.g. close windows, engage ventilation or air purifiers, or evacuation notices. 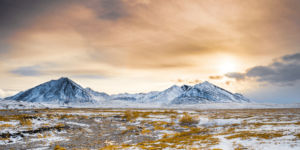 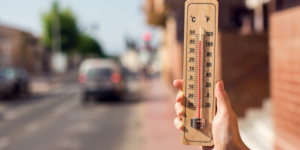 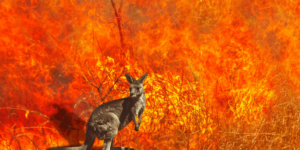