In these times, we’ve never been so aware of the environment around us and how what we’re exposed to might impact our personal health. We sat down with Travis Beckwith, an expert in environmental health – and a postdoctoral research fellow in molecular epidemiology – to learn more about the effect of air pollution on child development.

I’m a research fellow in the Molecular Epidemiology in Children’s Environmental Health (MECEH) Training Program at the University of Cincinnati (UC) and work at the Cincinnati Children’s Hospital Medical Center (CCHMC).

Cincinnati Children’s is a world-class children’s hospital and research center, ranked within the top 3 overall children’s hospitals by the US News in their annual rankings. CCHMC has a broad research core, which I’m a part of, and places a growing emphasis on translational research (i.e. the effort to build on basic scientific research to create & deliver new therapies,  medical procedures, and diagnostics).

It’s difficult to list all the types of research we do but environmental health & the impact of environmental hazard exposure – especially air pollution –  on children’s development is a key area of focus for me.

How Did you Come to Get Involved in Researching Air Pollution Impact on Children?

My first real experience in research was in the Biology of Affect and Motivation lab at BGSU under the mentorship of Casey Cromwell and Lee Meserve. They were studying the impact of different environmental factors (chemical exposures, maternal interactions…etc.) on behavior and development, so I spent a lot of time collecting data and coding behavior.

While working on my doctorate, I was fortunate to be mentored by Kim Cecil, and started to work with the neuro-imaging data from the Cincinnati Lead Study (CLS).

It was here I was formally introduced to Environmental Health, where I  expanded into studying the developmental effects of air pollution on children in particular.

Tell Us A Bit More About Your Own Specific Research Interests. Are You Driven By A Personal Mission?

The overarching theme I’m interested in is the relationship between the brain and behavior. My current focus is on the developmental impact of the environment on children. More specifically, I am interested in how interaction with the natural environment in early life interacts with brain development and influences behavior.

I tend to think about the big picture and long term, my overall mission is to understand how hazards in the environment affect us and bring attention to this, then try and elicit action.

Are Children More Vulnerable Than Adults To Environmental Hazards?

Yes. Firstly, they are still developing, meaning they are more vulnerable to environmental factors. There are different points throughout a child’s development that are critical for establishing specific systems in the body, and if they are interfered with during these critical periods, they don’t develop.

Another vulnerability that children face is the need for extra resources during their development. For example, children need more nutrition (relative to their size) than adults because their bodies are constantly growing.

Can You Give Some Examples Of Environmental Factors Affecting Children?

In the US, lead was banned from paint and gasoline in the 1970s, meaning there was less lead in the air. However, to this day, it remains in dust and soil from historically used leaded paint. The heavy metal lead is a large stable element.

As lead has similar properties to other metals our bodies need such as iron, calcium, magnesium, and zinc, it will attempt to replace them, interfering with biological processes which could cause serious (and sometimes fatal) outcomes.

Decreased IQ is one of the more well-documented outcomes of lead exposure, and there is ample evidence suggesting that lead can cause neurological damage.

Children playing outside in the dirt are being exposed to lead. It can also be tracked into the home on our shoes and aggregated with the remnants of lead paint in many older homes, meaning there is exposure to the substance inside as well as out. Very young children often crawl around and put their hands and other objects in the mouth, resulting in even greater exposure.

When assessing the real health impact of exposure to something like lead, other factors such as diet become really important. It’s definitely been found that the better the nutrition a child receives, the lesser the impact something like lead has. This is likely because the body has access to the compounds it needs –  a likely increase in foods higher in antioxidants can help offset some of the harmful effects of the hazards in the environment like lead.

Air quality is another factor that greatly affects children’s respiratory health & development. The primary purpose of breathing is to bring oxygen into the body and take carbon dioxide out. Unfortunately, we’re not born with a great way to filter the air we breathe, so much of what we breathe makes it into our lungs. Our natural response to the presence of a foreign substance is to trigger an immune response, which often involves inflammation, all the more dangerous for those more vulnerable to environmental factors, such as children, not to mention their greater respiration rates.

Repeated exposure can trigger a more severe reaction, increasing the risk of allergies, rhinitis, and asthma. Furthermore, air pollution can actually make it through your olfactory receptors into your brain, possibly interfering with neurodevelopment.

In Your Experience, What Are The Key Dangers When Looking At The Effects Of Air Pollution Exposure On Child Development?

It’s going to be very situational. The research group I work with has focused on traffic-related air pollution, which has a different composition than industrial and commercial air pollution.

If anything, not knowing what you’re breathing in and/or not being able to remove yourself from that environment means you are somewhat limited – so anything that helps to solve this problem is going to be relevant.

What Would You Say Are The Main Global Ramifications When Considering The Adverse Effect Of Air Pollution On Children’s Overall Health?

I think the future is going to be less healthy and more costly.

What Are The Real Dangers Parents Should Be Aware Of When Thinking About Their Children’s Safety & Air Pollution Exposure?

In my opinion, learned helplessness might be the biggest danger. Not everyone can afford to move somewhere where the air quality is good, or take a different way to work or send their children to school where the air is clean, but that doesn’t mean that there aren’t things you can control or little things you can do that add up over time.

Would You Recommend Any Specific Actions Be Taken To Lessen The Risk Of Air Pollution Exposure For Children?

A diet rich in antioxidants and regular exercise are both great things that most people can do without spending a lot of money. We think inflammation is the primary mechanism behind what we’ve observed thus far, and these are both things that can help reduce systemic inflammation.

If you have the money, air purifiers can certainly help, but even with a one micron filter, you won’t capture the ultra-fine particles. Exposure to green spaces has also been shown to have beneficial effects.

Cleaner fuel sources would be an easier change than trying to filter the air. More efficient public transit would help as well by reducing the number of vehicles out on the road.

Have you seen the focus shift towards more pollution-related research? If so, why do you think is?

I don’t know that the quantity has shifted greatly, but I will certainly give credit to the internet and the media for raising awareness, and I think that’s key. Now that people have access to information 24/7, they are becoming more aware of things (for better or worse).

Have you experienced any common misconceptions surrounding the causes, effects & management of air pollution exposure when it comes to children?

I think the extent of the effects of air pollution that we have observed can be exaggerated when they go from research to the general population. For example,  we saw a 3% to 4% regional change in the brain, but clinically relevant changes are usually 10% or greater – however, this doesn’t mean 3-4% isn’t significant because a lot of little things can add up, causing much greater impact.

Talk to us about your research into the effects of traffic-related air pollution (TRAP) on the brain.

There has been limited research regarding brain development and exposure to traffic-related air pollution, but there was also evidence to suggest that exposure could impact the physical brain itself.

The research we conducted was a smaller study nested within the wider Cincinnati Childhood Allergy and Air Pollution Study. Because MRI was used (which is very expensive), emphasis was placed on low exposure and high exposure 12-year-old participants to see whether there were any differences at either end of the spectrum.

However, it’s not clear exactly why this is: It could be due to interference during development, the death of existing cells, or some other mechanism.  This means the eventual outcomes of the physical changes we saw in the brain could range from motor and cognitive deficits to no issues at all. But there did seem to be physical changes happening in the brain.

What were the main conclusions drawn when considering the relationship between child development and exposure to air pollution?

Where you live and the air you breathe, matters

Children with high levels of exposure to traffic pollution showed reduced regional brain volumes and reduced cortical thickness in the sensorimotor regions of their brains, as well as in the cerebellum. These are areas that develop early and rapidly in children, so it makes sense that they would be impacted. It also suggests that the early exposures may have the greatest impact.

Looking forward, what further studies should be conducted to shed more light on this important topic?

One of the main limitations of our study was that it focused on low and high exposure, leaving out the middle half.  Seeing the whole picture would have helped us to understand if the effects are linear and limited by the degree of exposure. Additional scans at later time points would be useful in seeing if the brain was able to compensate for the changes, or if the brain continues to show a progression of loss. 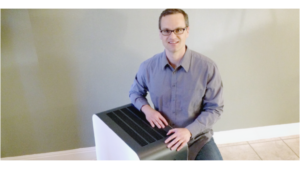 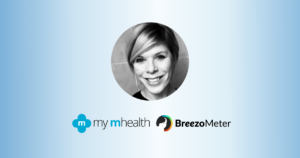 Addressing Gaps in Asthma Care: BreezoMeter Talks to my mhealth 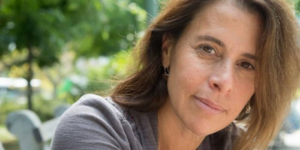